Top 10 Medications That Deplete Your Body of Essential Nutrients 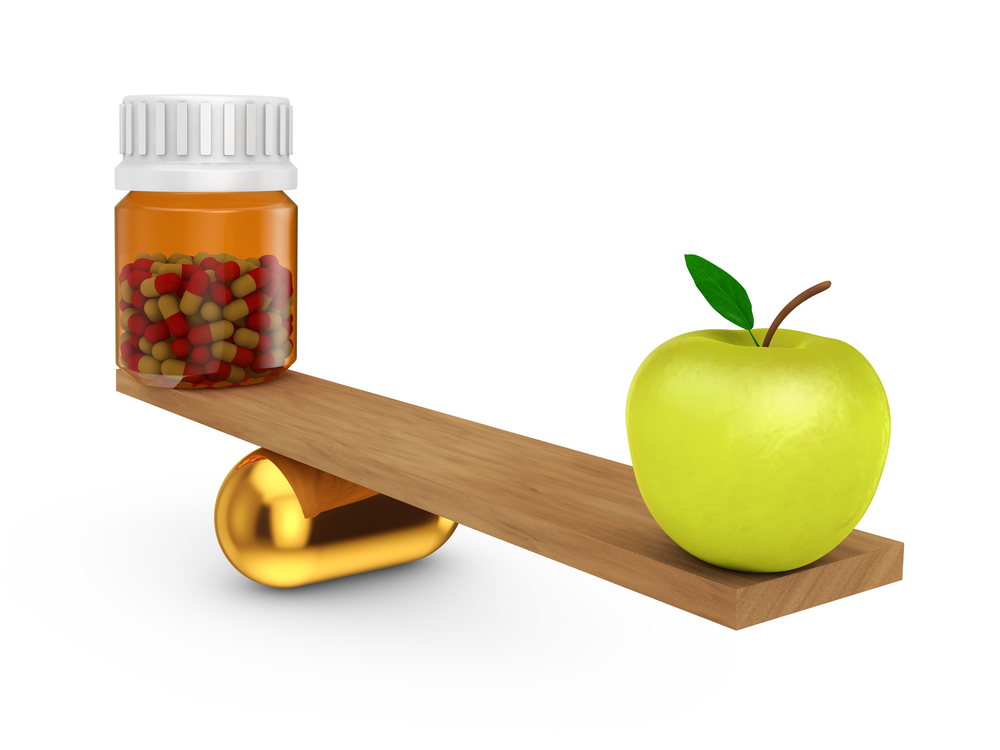 There are about 900 drugs and fixed-drug combinations used in US today.  Almost 400 prescription medications can deplete specific nutrients.

We are taking prescription drugs in increasing numbers.  Nearly 50 % of American adults take at least one prescription medication, and nearly 20 % take 3 or more.

But are we healthier because of it? Are these new drugs really improvements over older versions? While we hear daily of new drug miracles, more often, it’s the latest debacle: Baycol, a drug for lowering cholesterol, withdrawn from the market because of deaths and transplants due to severe liver damage; Vioxx, for arthritis, withdrawn because of heart disease-related complications.

Among the most ignored side effects, which are quite common and can be life threatening, are nutrient depletions. Most medications will rob your body of essential nutrients.

What can You do to prevent these detrimental side effects of the prescriptions medications?

(Oral Anti-diabetic Drugs), such as Metformin (Clucophage® and Glucovance®)

This drug is the most popular oral anti-diabetic drug in America. This drug works by enhancing the action of insulin and reducing the blood sugar.

Nutrients depleted: Metformin depletes Vitamin B12 and Folic Acid. It reduces a substance called intrinsic factor in the stomach, which is needed for a good absorption of B12 by the small intestine. The longer the drug had been used and the higher the dose, the greater the drop in B12.  Metformin may also deplete the body of the antioxidant and cardiovascular protector coenzyme Q10.

(Cholesterol-Lowering Medications), such as Statins: Lipitor®, Zocor®, Crestor®, and Pravachol®

At this time, about 36 million Americans have cholesterol counts high enough to make them candidates for statin therapy. The guidelines for safe cholesterol levels continue to change so that more and more people are prescribed these medicines at higher and higher doses
Statins reduce “bad” LDL cholesterol and raise “good” HDL cholesterol.

Nutrient Depleted: Statins deplete the body of CoQ10, causing severe side effects. The consequences of this deficiency are broad. It can translate to:

a) Heart Failure: Deficiency in CoQ10 makes the heart less able to do its job, leading to Congestive Heart Failure (CHF). CHF happens when the heart becomes too weak to efficiently pump blood through the whole cardiovascular system. Blood backs up and fluid accumulates in the lungs and throughout the body. Every year more and more people die from CHF. Could CoQ10 depletion from statin therapy have played a role in this dramatic increase?

In fact, CoQ10 is considered to be the most valuable nutrient in patients with heart failure. Studies have shown increased risk of heart failure in statin users, and this is likely related to the CoQ10-depleting effect of the drugs. It’s essential to add the nutrient back in to help avoid this serious weakening of the heart’s pumping power.

b) Muscle Pain and Weakness: this side effect is an obvious sign of CoQ10 depletion.

The good news is that CoQ10 is easy to supplement. In addition to protecting you against these side effects, this nutrient will improve your overall health as well. To learn more about CoQ10, click here.

Beta-Blockers are one of the oldest and safest classes of antihypertensive drugs. They lower blood pressure by reducing the force and speed of the heartbeat.

Nutrients Depleted: Beta Blockers deplete CoQ10 and reduce production of a hormone called Melatonin. By blocking beta receptors, these medications may also block the action of an enzyme needed to make this hormone, which is produced at nightfall and promotes sound sleep.

This class of drugs is used to reduce Blood pressure by moving fluid out of the body by an action on the kidney.

Nutrients depleted: These drugs deplete Calcium, magnesium, potassium, vitamins C, B1 and B6, and Zinc.

Drugs for Heartburn and Acid Reflux

These drugs are powerful acid-reducing medications. They reduce stomach acid and cause lots of side effects related to acid blockade. Several studies have shown that the use of acid-suppressing drugs us linked to increased risk of certain type of pneumonia. Why would this be?
Stomach acid kills all kind of bacteria, viruses, and other microorganisms that could cause dangerous diseases if let to pass further in the body. Suppressing acid production, then, reduces this natural bodily defense against hazardous “bugs”. Protein digestion is also impaired in patients taking Antacids and PPIs. They may benefit from the supplementation of pre-digested protein, such as Whey protein.

These products work mostly by helping retain water in the stool and increasing the motility of the GI tract to remove stool from the body. None of these drugs are recommended for any more than short-term use, and can cause diarrhea, nausea, and black, tarry stools

Nutrients depleted: Fat Soluble Vitamins: A, D, E, and K. Also, deplete Vitamin B12, Calcium, Iron and Zinc.
It is believed that many Americans are borderline Zinc deficient, drugs or no drugs, and even a small depletion can worsen preexisting deficiency. Symptoms of low Zinc level are: acne, joint pain, menstrual problems, poor immunity, and brittle hair.

SSRIs are the most commonly prescribed class of antidepressants. They work by making serotonin more available in the synapse; so instead of being picked by the cell and broken down, the serotonin molecule gets to connect with the same receptor several times. The net effect is an increase of the neurotransmitter’s feel-good effects.

SSRIs cause multiple side effects and nutrients depletions.

Nutrients depleted: Melatonin- based on human studies, melatonin changes after antidepressant use may be due to pharmacological action of SSRIs on melatonin secretion. SSRIs are also known to deplete sodium which may lead to severe neurological changes.

Oral Contraceptives are highly effective, no doubt, but they increase the risk of breast and cervical cancers and of cervical dysplasia, the precancerous condition the doctor looks for when doing a Pap smear.  Oral contraceptives also increase the risk of heart attacks and blood clots.  Low sex drive on the pill?  It’s caused by low testosterone which in turn, is caused by synthetic hormones.  Depression on the pill?  It’s due to depletion of vitamins C and B6, needed to make neurotransmitters.

More often than not, lots of people these days rely on antibiotics as “magic bullet” for recovery. While in some situations, the use of antibiotics is appropriate and clinically justified, in other situations they are simply not necessary and often given to people just to “prevent secondary infection”. In the process of taking antibiotics without a true indication, you replete your body of several important nutrients, known as “good” probiotic bacteria that help maintain immunity and gastrointestinal health.
Nutrients Depleted: Biotin, Inositol, ALL major vitamins (water and fat soluble), calcium, folic acid (especially, Bactrim®) and potassium (mostly, Augmentin® and Keflex®)

Needed Supplements:the doses of magnesium, iron, calcium, and potassium contained in a good multivitamin should cover your needs for these nutrients during a course of antibiotic therapy.  You may need to restore other nutrient depletions by taking the following:
B-Complex vitamins,
Inositol (100-1,000mg),
Probiotics (choose the products that contain at least one billion live organisms per daily dose). Antibiotics kill beneficial bacteria. Therefore, you must replenish these “good” bacteria to prevent future infections and GI problems.

Acetaminophen (Tylenol) is a drug that reduces pain.  It is implicated in tens of thousands of cases of liver damage, including around 450 deaths, every year, and is the single largest contributing factor to liver failure that requires liver transplants.

This drug is included in many multi-drug, over-the-counter (OTC) combinations, and taking even slightly more than the recommended amount can seriously damage your liver.

These medications are called bisphosphonates.  They are widely prescribed to prevent and treat osteoporosis and to prevent fractures.  Fosamax and Actonel slow bone loss.
Nutrients depleted: Because bisphosphonates push calcium into the bones, blood levels of this mineral, which also plays a role in muscle contraction and relaxation, can be depleted if dietary intake is too low. Essentially, these bone- building drugs have a calcium-depleting effect.

Needed Supplements: Take complete Multivitamin /Mineral containing calcium, magnesium, boron, vitamin D and vitamin K to ensure that you have enough of these minerals to fulfill all their roles in the body. Any woman approaching or at menopause should use these supplements, plus a couple more to really get ahead of the curve and prevent osteoporosis.

Every young woman needs to be aware that her young years are crucial for building optimal bone mass. Studies have shown that a significant percentage of young women are already at risk for developing osteoporosis later in life because they have failed to build up their bones. Exercise, calcium/magnesium/vitamin D, and a good diet, are crucial in the teens and early twenties.

Be aware of the power of prescription medications, both to heal and to harm.  By educating yourself about possible nutrient depletions, you will be in the best position to take advantage of the positive effects that medications can provide for you.

In addition, by supplementing accordingly, beyond just the level of the depletions, you will be giving yourself a chance for true healing and optimal health.  You deserve it!