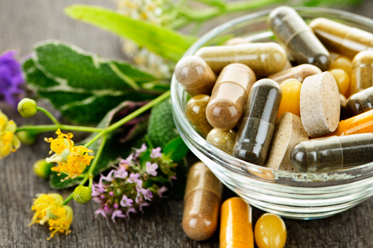 Several weeks ago, two studies that appeared in medical journals achieved widespread media attention and created concern among people who are using nutritional supplements. One study concluded that the use of multivitamins or of certain individual supplements was associated with small but statistically significant increases in the mortality rate. The other study found that taking vitamin E increased the incidence of prostate cancer. The discussion below explains why neither of these studies has changed my view that nutritional supplements are, for the most part, very safe.

Observational study: “adjusted” data and no proof of cause-and-effect

In one of the studies, 38,772 women (mean age, 62 years) from Iowa filled out a questionnaire three times over an 18-year period regarding dietary supplement use. During a total follow-up period of 22 years, the risk of dying from any cause was said to be 6% higher among women who took a multivitamin supplement than among women who did not take a multivitamin. In addition, the use of individual supplements of vitamin B6, folic acid, iron, magnesium, zinc, and copper were said to be associated with increased mortality rates.1

One of the many potential sources of error in observational studies is what is known as “confounding by indication,” which in the present study would denote a failure to adjust for why the participants were taking nutritional supplements. To be sure, the supplement users were healthier than the nonusers according to the various parameters that the researchers measured. However, the supplement users may have been less healthy than nonusers according to a number of parameters that were not measured. Reasons that people might take nutritional supplements include recurrent migraines, asthma, persistent fatigue, recurrent infections, joint pains, or a family history of heart disease or other diseases. Some of these indications for supplement use may be associated with an increased risk of mortality.

Because of these weaknesses, the new study does not negate previous research demonstrating that vitamins and minerals can have a wide range of health benefits. One exception: the use of iron supplements by people who are not iron-deficient or who carry a gene for iron overload could have adverse consequences.